What is script connector and how to configure it ???

This post is to understand about "Script connector" and how to configure it. Understanding the necessity of script connector is best explained by explaining about the environment that I have been experienced to.

I was a part of a team which works  on a framework called "Cordys" and which leverages the usage of its connector capability (able to connect to different systems which are in different platforms like .net, java etc.,) using pre-built connectors like UDDI, SAP Connector etc., As a part of the project we need to integrate with couple of systems and build a process performs a functionality by integrating with those systems. We use UDDI services, SAP Services etc., Hence the development of the process is a lot dependent on the implementation and availability of these services without which we won't be able to finish the implementation of the process.

It would be ideal if we remove this dependency and implement it. There is a way to implement it using a connector built by coe team of cordys which is "Script Connector". Advantages of script connector are
How to mimic the response  :

There are many ways to replicate the main system by dummy system, current explanation deals with mimic-ing the response by custom logic by retrieving the mimic-ed response from xml store of cordys. 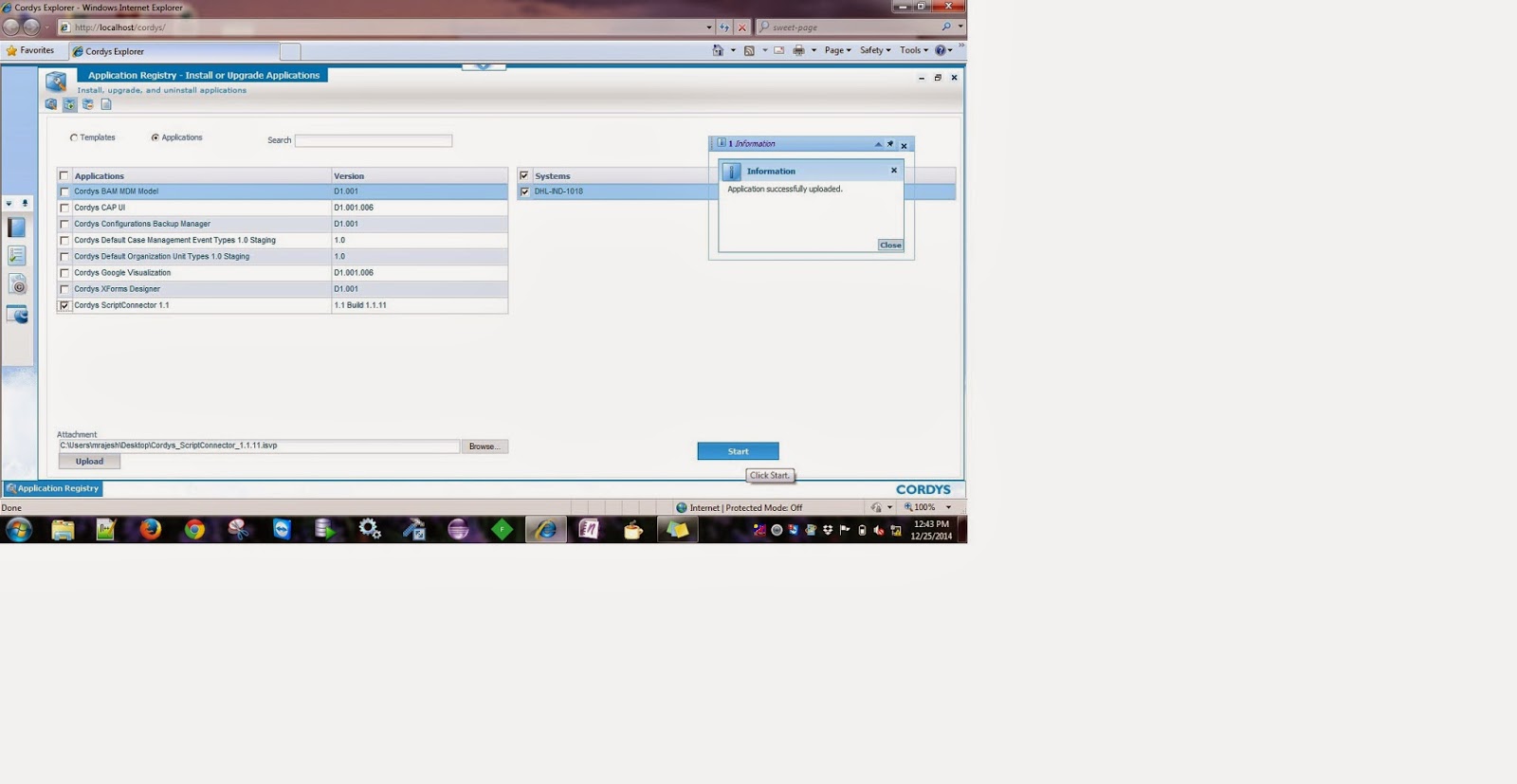 Step 2 : Go to your organization and try creating a new container. You will be finding a new entry for script connector as shown below,

Step 3:  Go ahead and create the container normally.

Extra configuration to be made :

Here in this section this extra configuration is to be done in order to mimic the response for your service.

Step 4 : Find out what is the web service which you want to mimic. In my case it is "ConversionRate" for which I need to connect to internet and I don't have internet, hence I need to remove this dependency by using script connector.

*=scripts/all.js  --- This property says any service that you want to mimic can go and refer all.js file. Actual implementation is done at all.js file. I will try to attach all.js file as a comment to the blog post. One must have this file at the location
<<CordysInstalledDirectory>>/coe/scriptconnector/scripts/.

Step 6 : Have all.js file in the location mentioned above.

Step 7 : According to the implementation in all.js, we must configure our custom response in xml store. The mandatory things we need to make sure are,

Step 8 : Attach the interface to be tested to script connector and test it. You would see the same response which you configured in the xml store.